For about the last week The Weather Channel and other outlets have been disseminating forecasts about the coming winter after the National Environmental Climate Center issued their own. Personally I won’t do this until late November just before the boreal winter season begins on December 1st so I can get a better picture after I peer into my crystal ball 😉.

In any case I thought that today we would have a little fun looking at some record statistics I have compiled for the winter season for this decade, which also might serve for educational purposes. Due to global warming all of these winters have been mild, right? Wrong. We have seen highly variable winter seasons across the CONUS:

Here’s a look at the past 9 winters (Dec-Jan-Feb) and their temperature departures from average.
2013-14 sticks out as the cold one…the year ‘polar vortex’ came into pop culture: 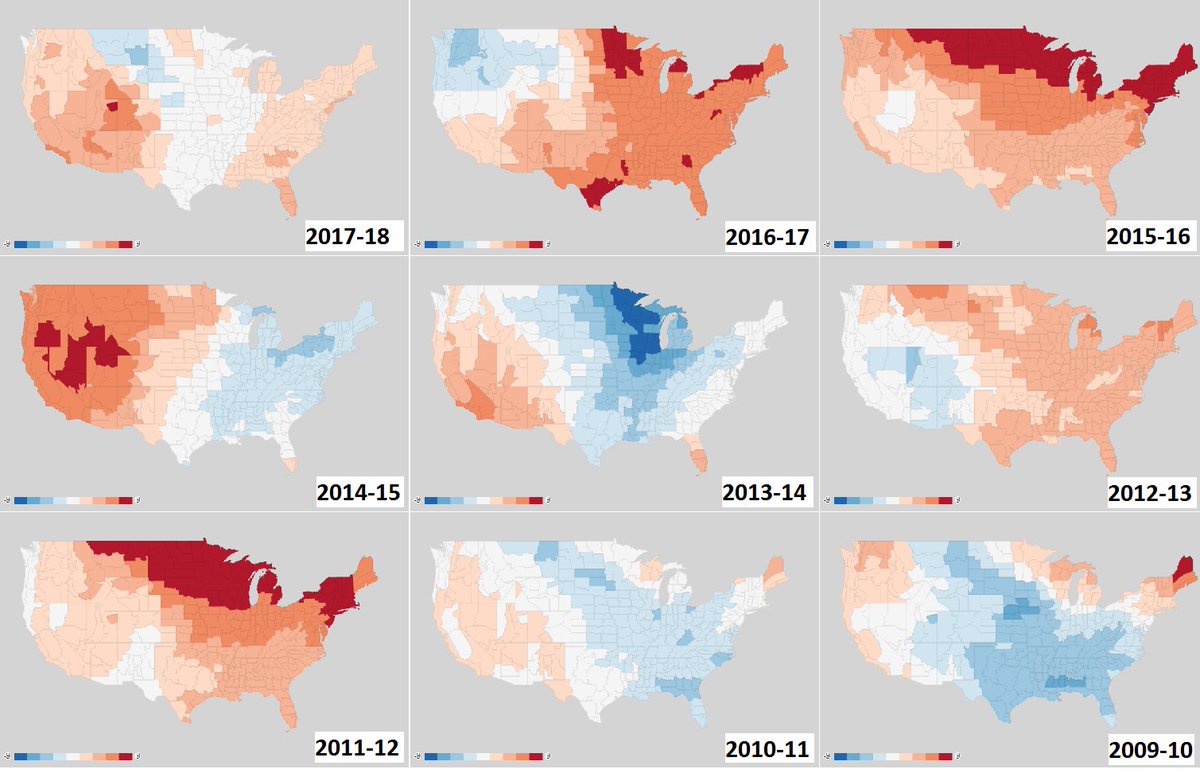 5:52 PM – 18 Oct 2018
I stripped the data from my “Record Genome” from the NCEI database for daily max and min records from DEC-FEB so you can compare counts to the above charts from Eric Fisher:

The winter of 2015-2016 was the warmest in CONUS history (or since records have been kept since 1895) getting a tip top ranking of 123. The coldest ranking would be 1. By my count we get a ratio of over 10 to 1 DHMX records to DLMN records for the mild winter of 2015/2016.
On the flip side the winter of 2009/2010 was actually colder overall, but that of the “polar vortex” winter of 2013/2014 was much colder in the Midwest. As we see here for this decade record stats in blue (cold or when DLMN counts outnumber those for DHMX) or red (mild when DHMX counts outnumber those of DLMN) match well with overall average temperature rankings for the CONUS.
While the four most recent winters have been very mild, the bottom line here is that despite current levels of global warmth it’s still too early to write off a colder than average winter season, especially and partially due to the dipole, which is becoming more common across North America. It behooves seasonal forecasters, though, to keep on predicting above average seasons given how the current “climate dice” are stacked towards warmth. Just check out NOAA’s current outlook for the winter of 2018/2019:

Why is this important? Because extreme cold can be just as much of a killer as extreme heat. At least global warming has brought about some relief in this regard. Also, the West depends upon some extreme cold to kill or lower populations of pine beetles. This is now a big climate change negative factor for forests. Ski operators and winter resort owners look at winter forecasts to make decisions on staffing, depending on a good snow pack, which won’t melt due to mild temperatures. Also, utility companies need to know how much heating oil and natural gas to store for customers (although I contend that in the future all electric heating should be essential to keep the climate healthy).

Another point. Seasonal predictions may be yet more unreliable due to big changes in the Arctic interacting with the jet. The dipole is one example.

Of course, I’ll keep all informed about any extreme temperature conditions as the winter begins, but first we need to get through November:

That’s a nice look for a storm late next weekend. Energy from the N & S branches of the jet track across the US w/ a potential phase for a nor’easter. It has to come together just right but the pattern is there. Too early to discuss p-type, but inland snow potential if it forms. 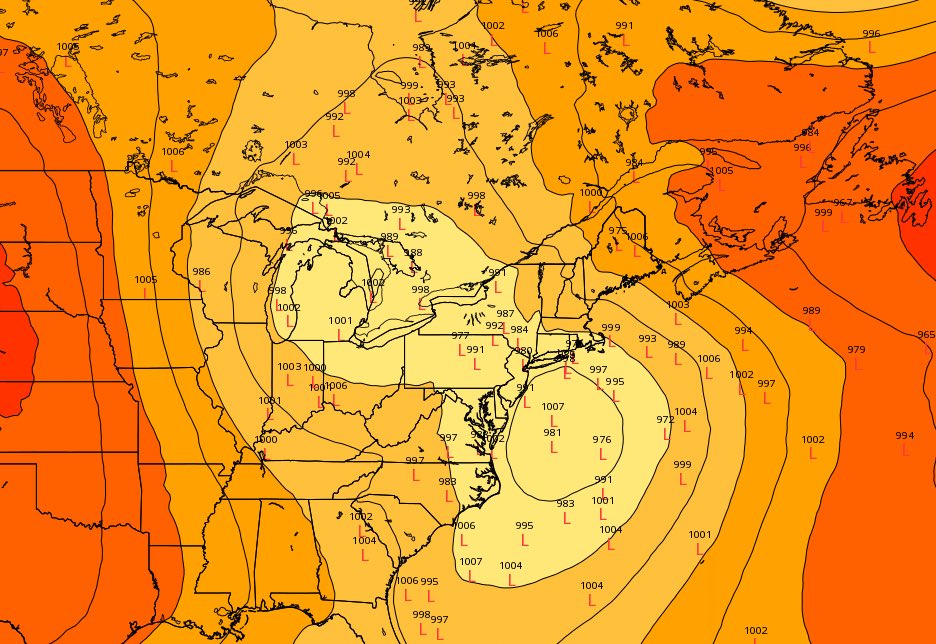 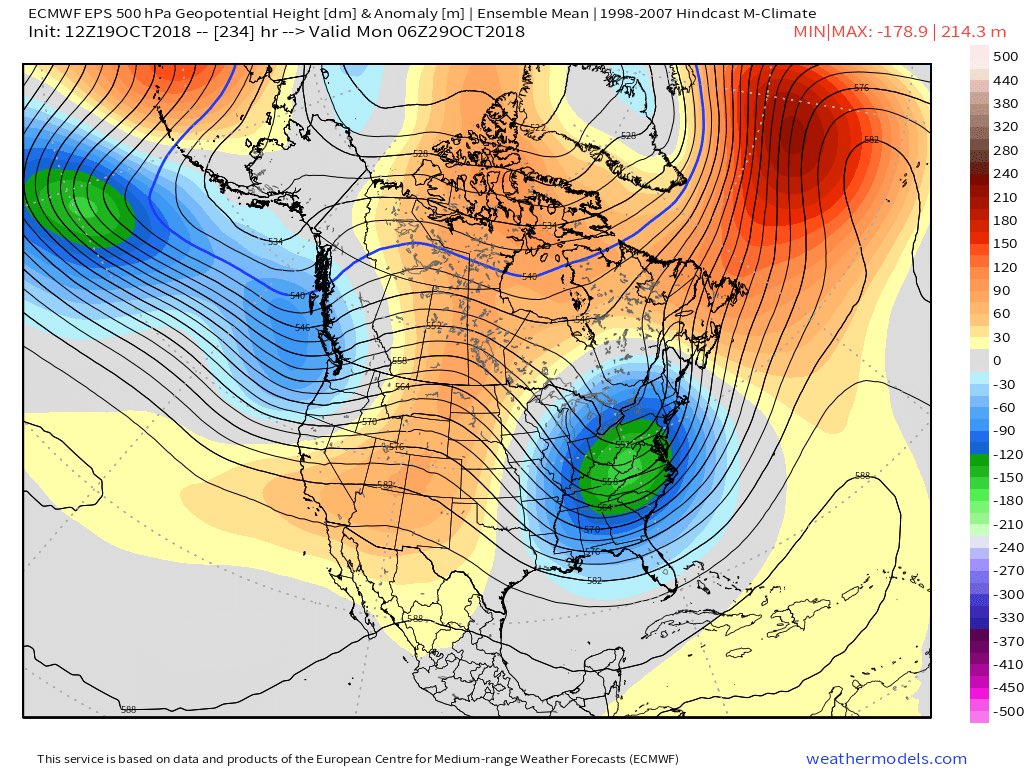 Todays Weeks 3-4 outlook for 11/3-16 draws strongly on high-latitude blocking expectations, leading to increased odds of above-normal temperatures for the West and below-normal temperatures from the Plains through Great Lakes. http://www.cpc.ncep.noaa.gov/products/predictions/WK34/ … 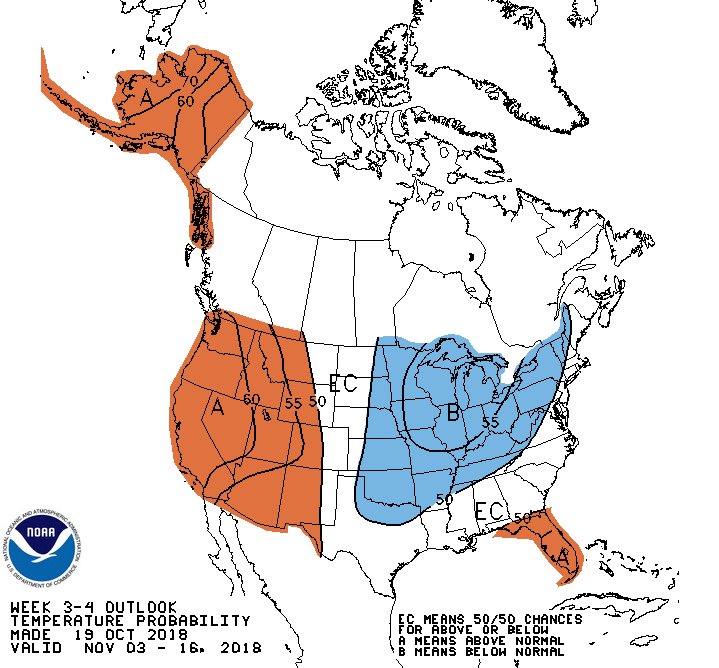 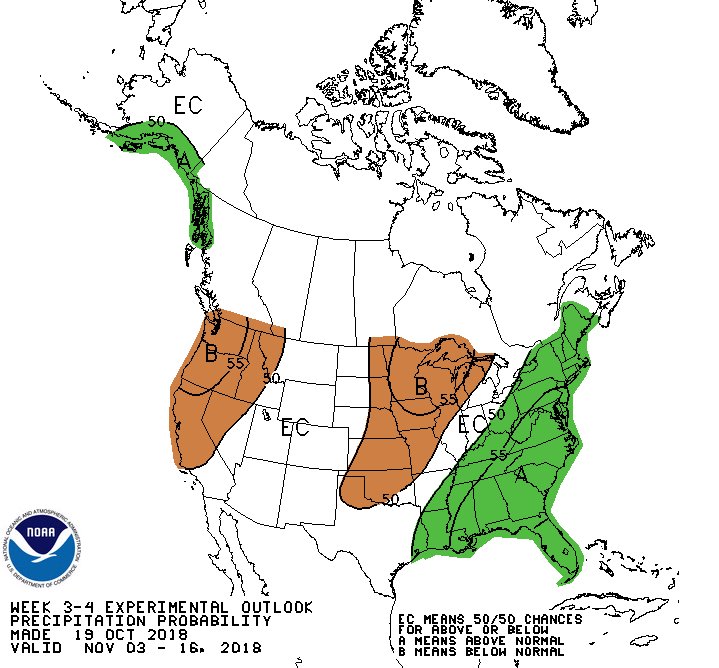 In conclusion, I suspect that the dipole pattern in association with the polar vortex interacting with a strong EL Nino from 2015-2016 have been big players for making winters highly variable this decade.

I’ll be adding climate and weather information to this post as the day progresses.

The shirt speaks for itself despite devastation like the other pictures convey. The people of #MexicoBeach, FL have a herculean task ahead of them. But you can’t find one person who isn’t up for it. @weatherchannel will continue to tell stories after #Michael. #MexicoBeachStrong 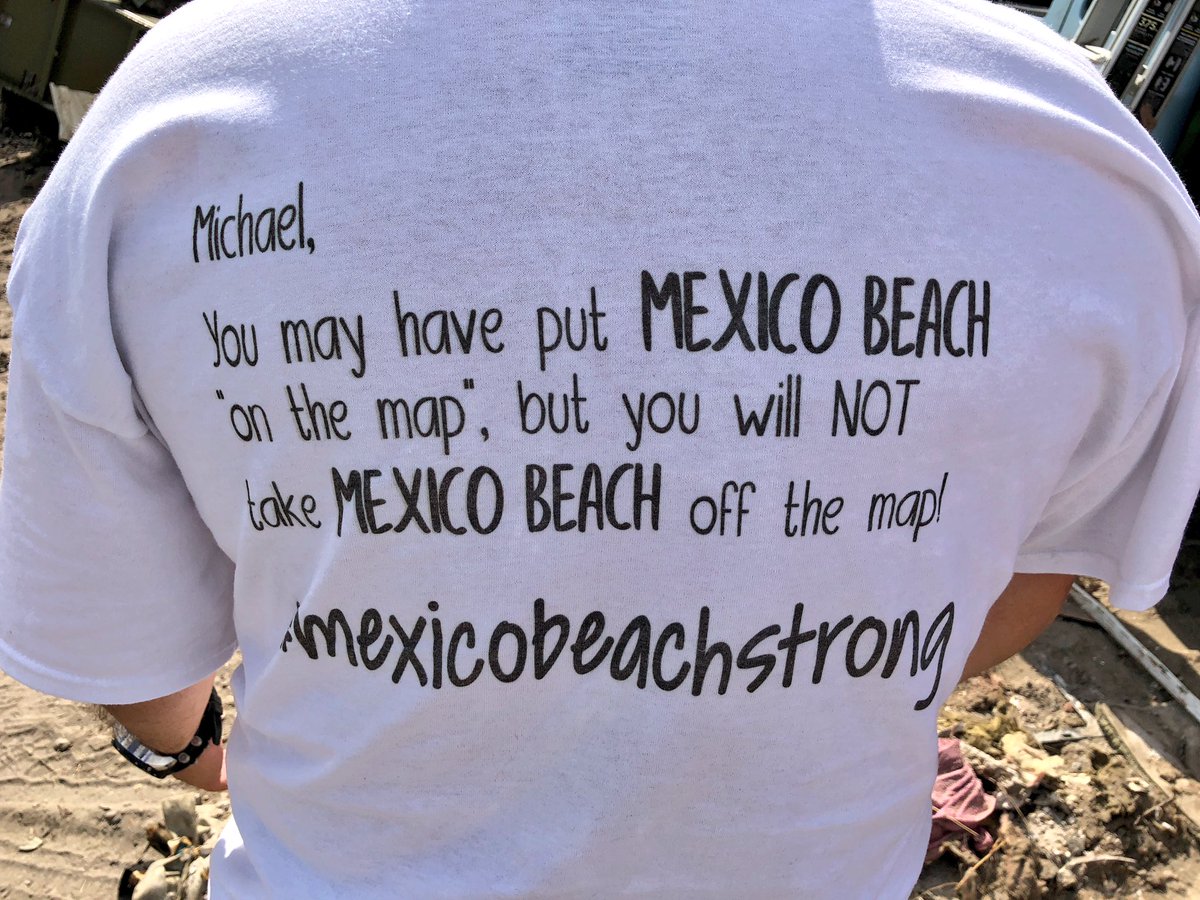 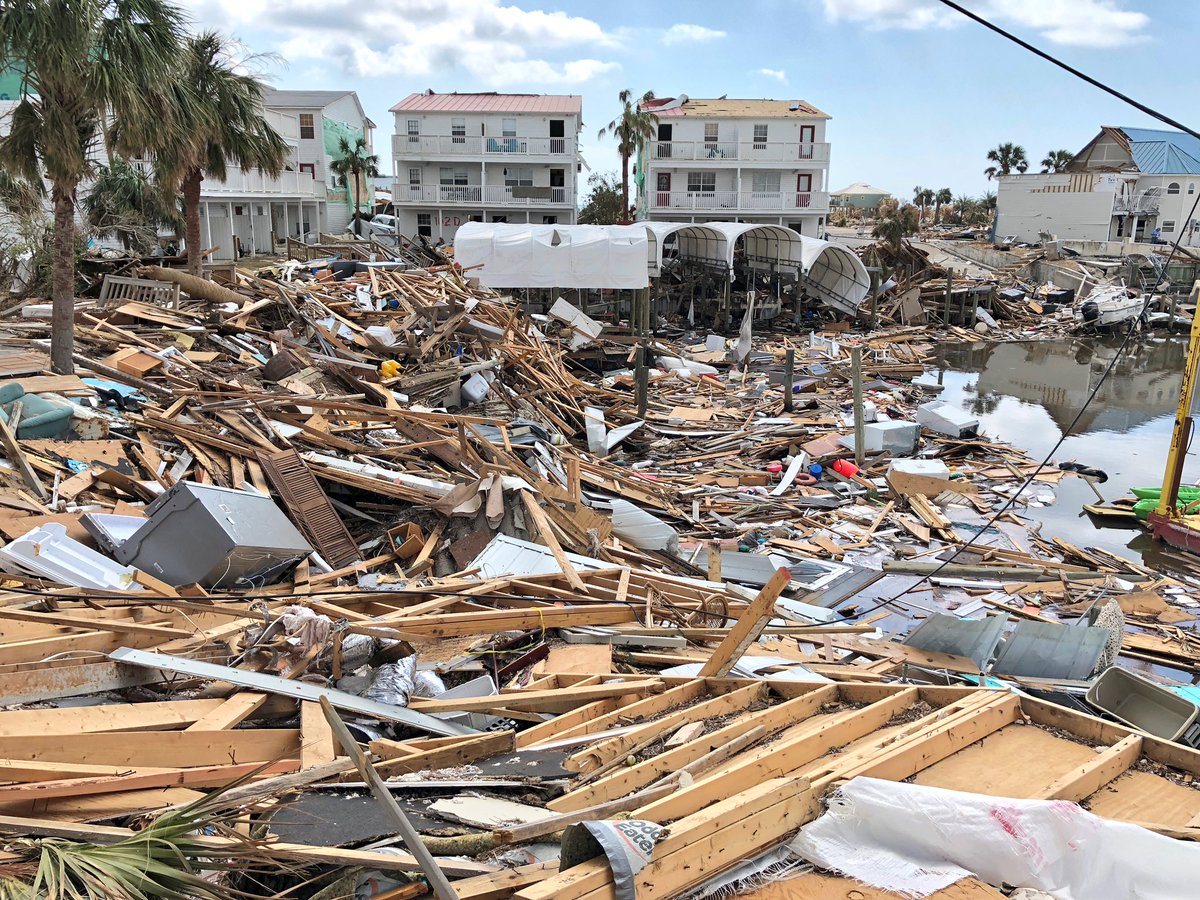 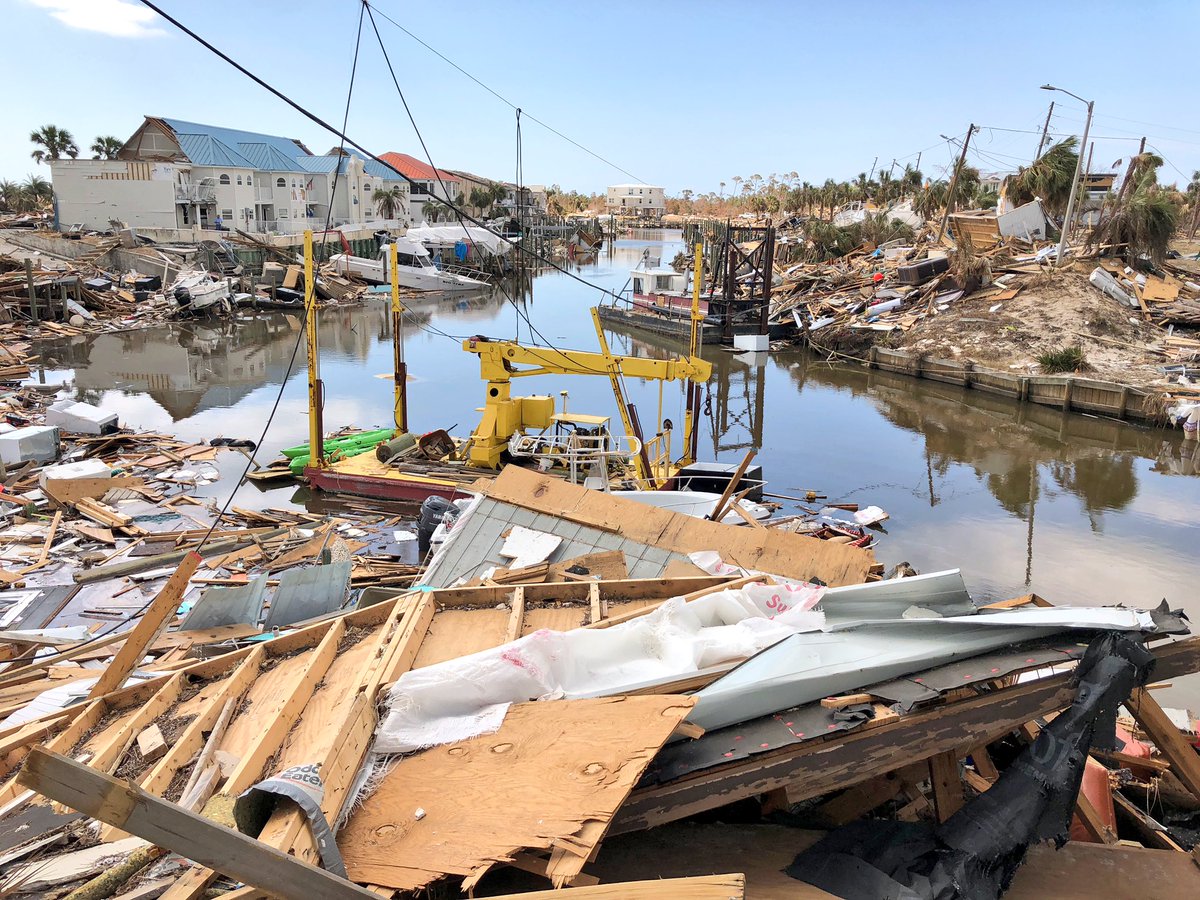 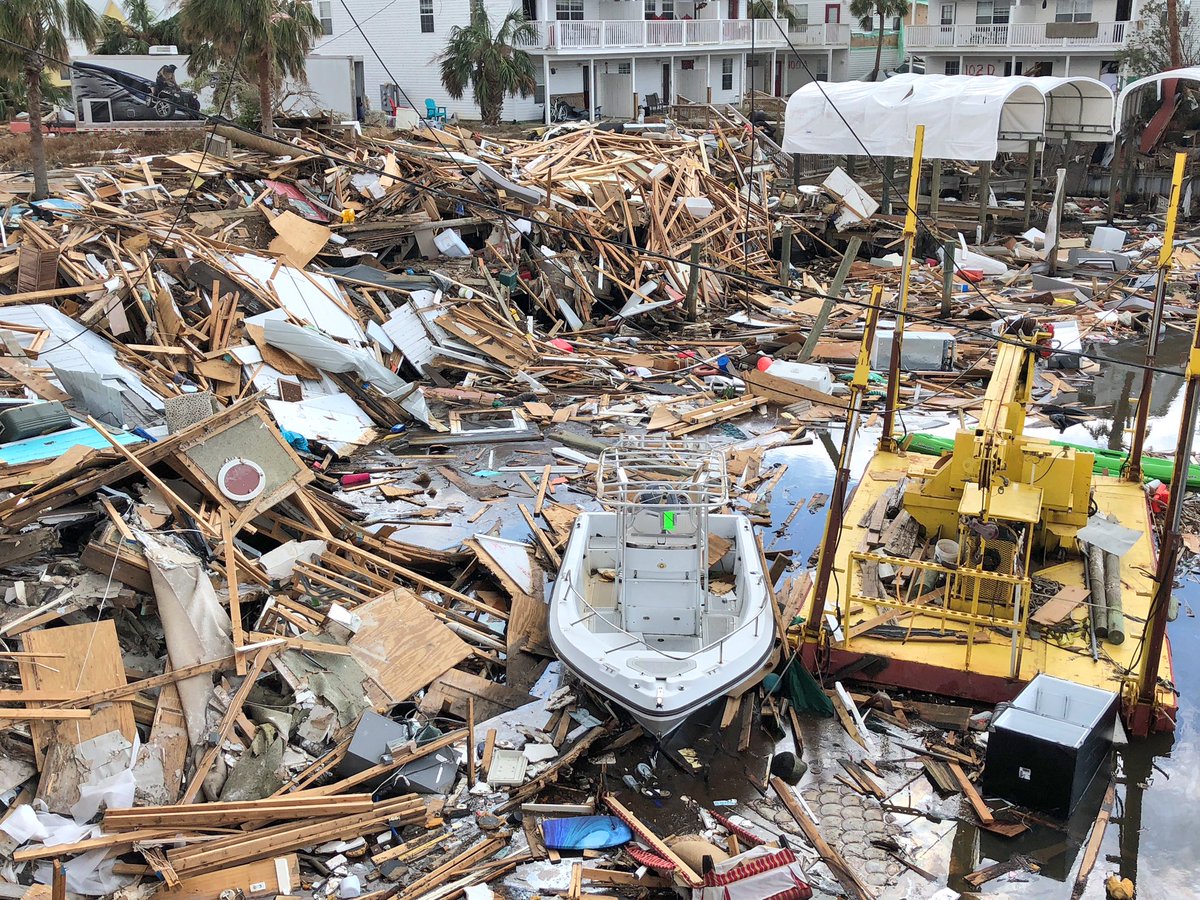 It can NOT be emphasized enough that hurricane #Michael was an inland wind disaster as well.  It will take many years forests and crops to recover. #flwx #gawx 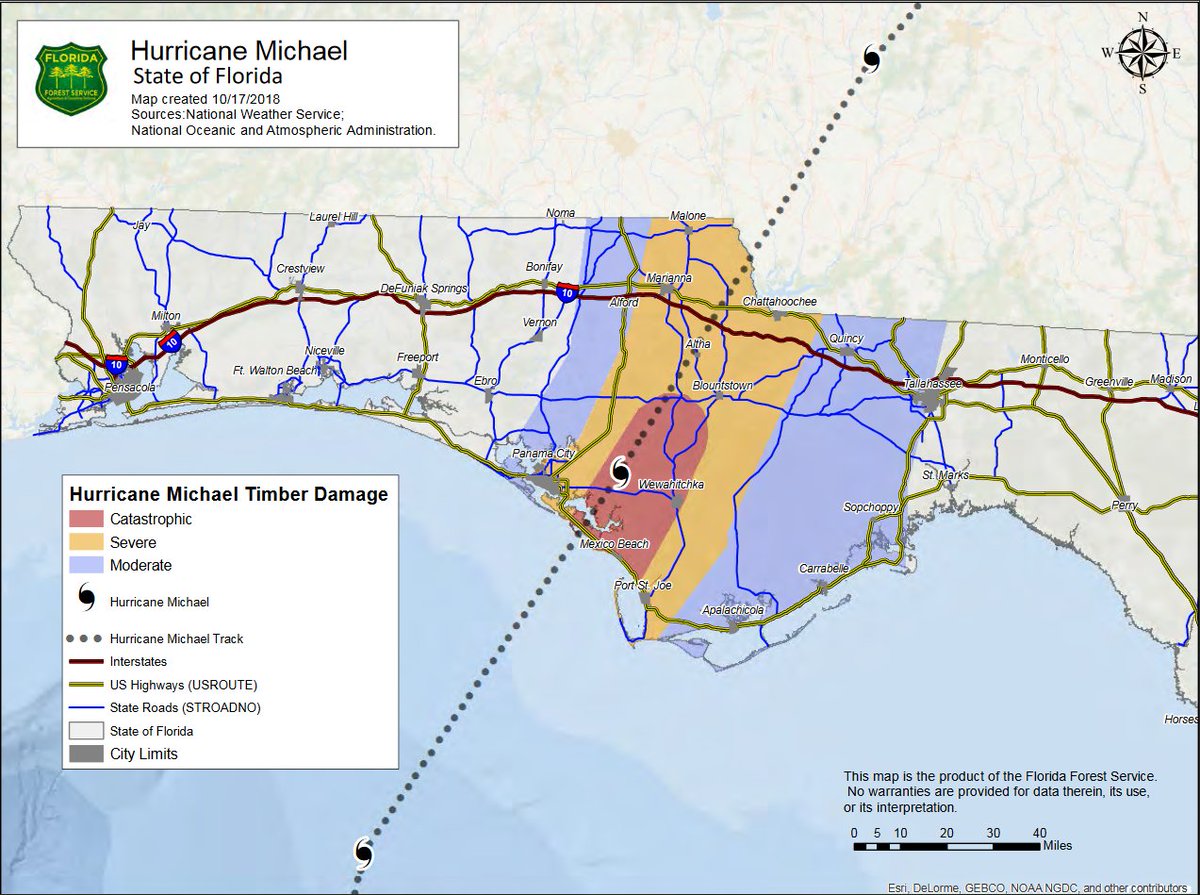 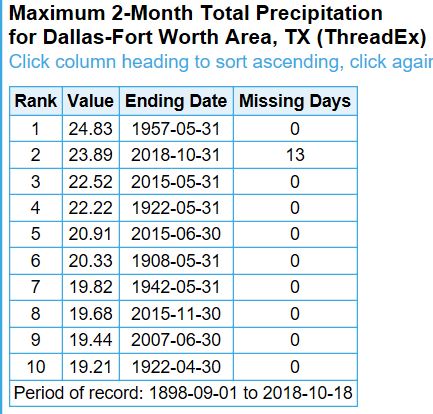